To explain this project I am not allowed to write down any names or show any data, therefore I explain the methods, the instruments, and the final result.

Request from the company:

Highlight any inconsistencies in the navigation experience throughout different devices.

When [users] understand the system’s state, [they] feel in control —

[they] can rely on the system to act as expected in all circumstances.

The predictability of the interaction creates trust not only in the

mechanics of the site or the app, but also in the brand itself.

The first step was defining the perimeter of the project, the domain.

We had to select:

To help us, we used quantitative data reported in Tableau. 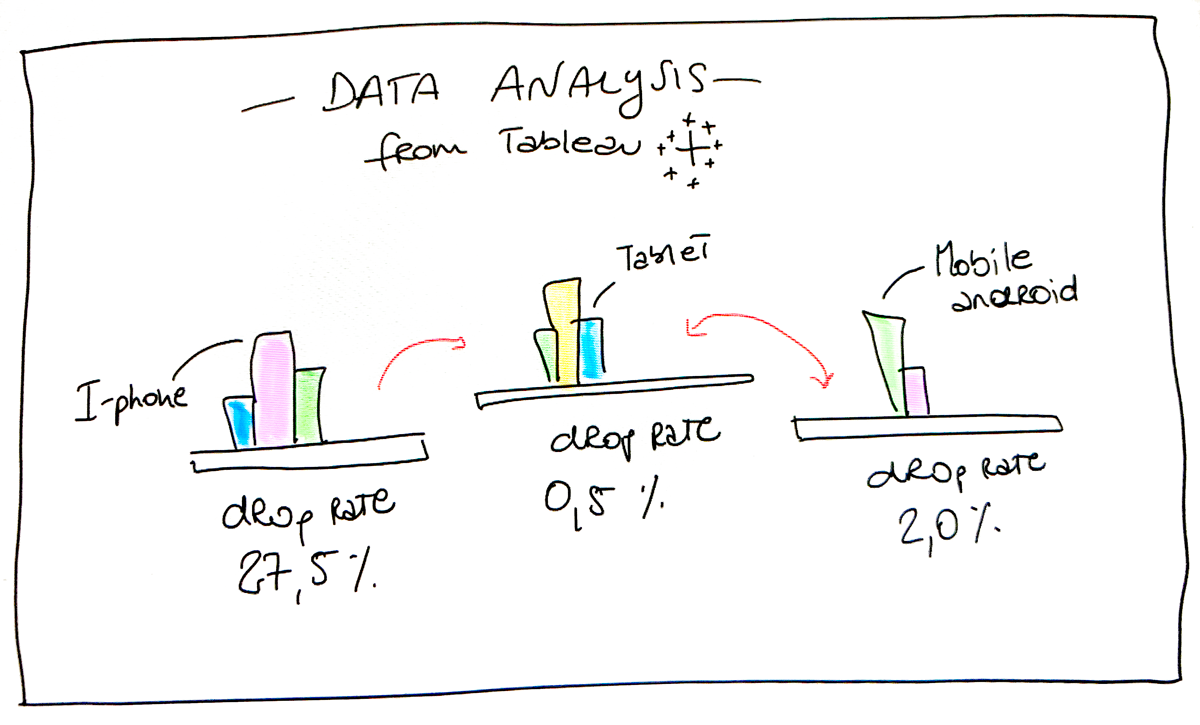 Thanks to the data, we were able to isolate the part of the flow that was worth to be analyzed and extrapolate the most used devices.

At this point, a cross-device as-is user flow was designed.

Analyzing the devices used, we were able to identify the common interaction elements on which to focus.

Ultimately, as a measurement, a visual code was created to assess users’ feelings during navigation. 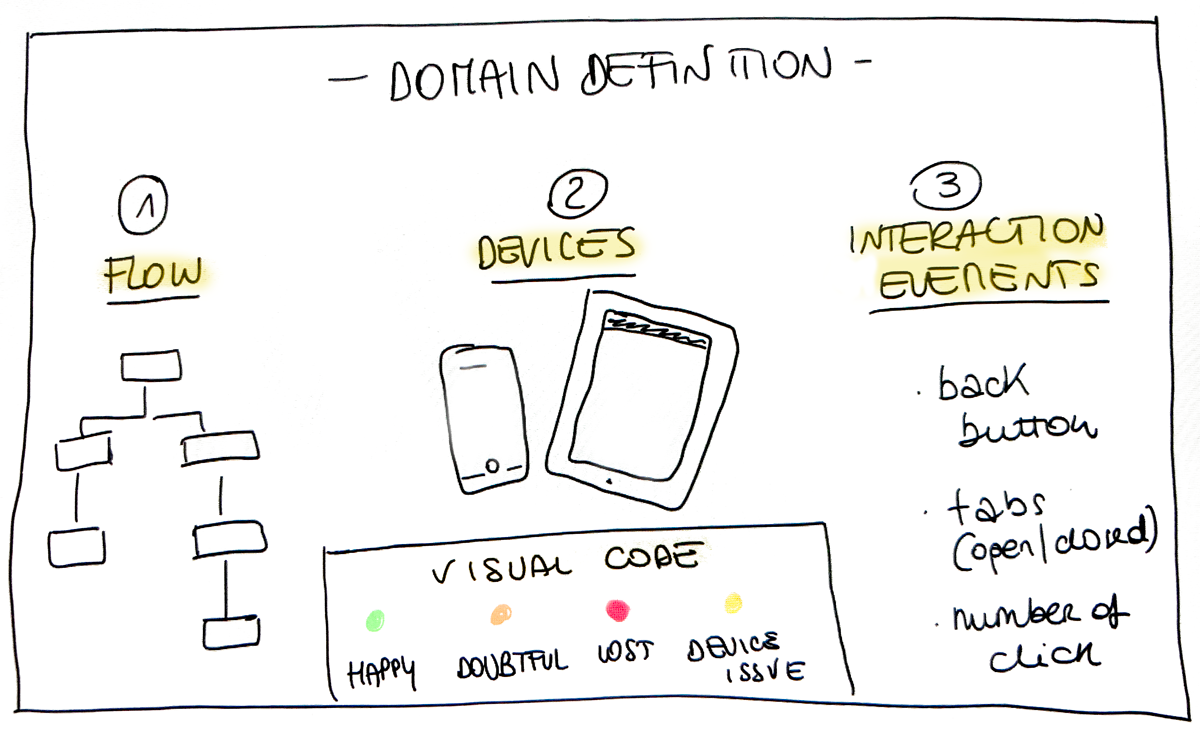 FROM USABILITY TEST TO IDEAL FLOW

For each device, we checked the selected user flow by running usability tests.

Pain points and technical issues were highlighted during the tests. We assigned a color, based on the visual code, to each of them.

The red dots were then isolated and clusterized according to the previously identified interaction elements. 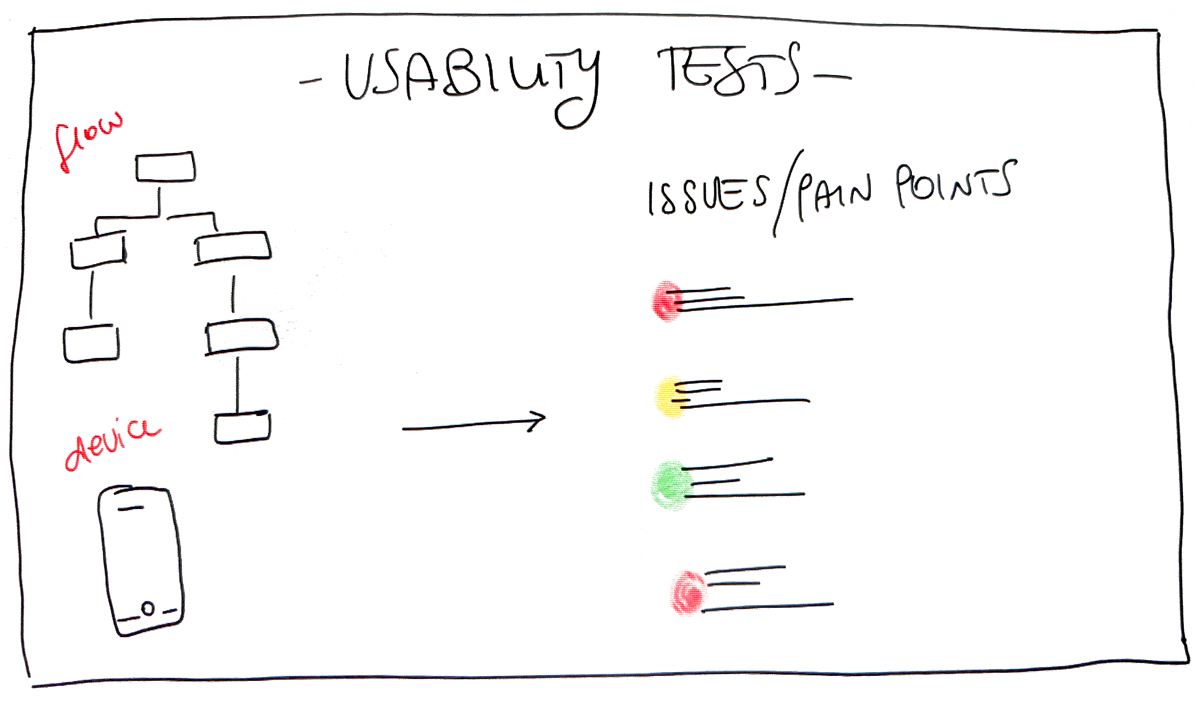 Each red dot was associated with a question that the user might ask themselves during this moment of the experience (e.g. where am I? How can I get back?).

These questions were then transformed into “HMWs?” to be used as a starting point for the following generative workshop.

Some quick wins were identified and suggested. 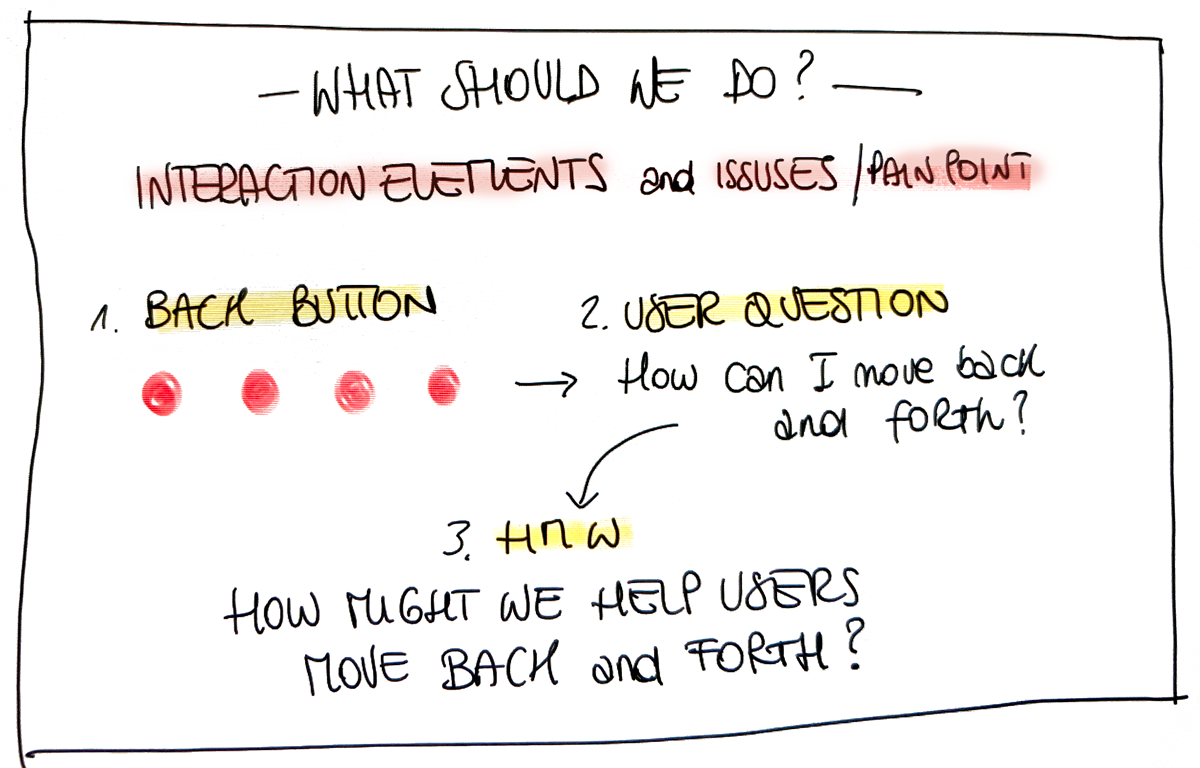 In addition to the usability tests, we run Jakob Nielsen’s 10 heuristics evaluation from which we identified three main categories to work on: 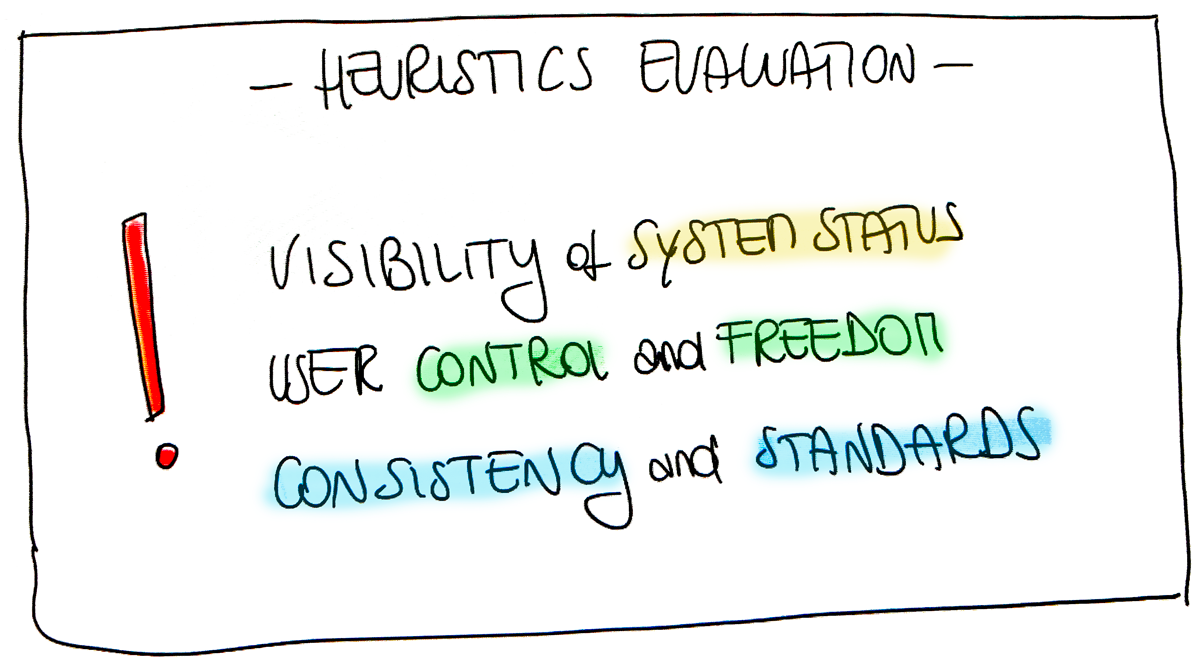 Based on the results of the usability tests and the heuristics evaluation, a first new ideal flow was designed.

Final presentation and hand over

The final results of the “NAVIGATION FLOW USER EXPERIENCE ANALYSIS” were then presented to the head of the product design department.