From Card sorting to wireframe

To explain this project I am not allowed to write down any names or show any data, therefore I explain the methods, the instruments, and the final result.

Request from the company:

Understand users’ needs and behaviors, while they are looking for specific content, in order to help the mobile team to integrate that content into the APP

First of all, we set up a meeting with stakeholders to understand what they were looking for, the meeting lasted one hour and I must say that it was really insightful, even though the first step on the design process is to translate what stakeholders asked in what is really needed.

I started to define the main goals:

Gather all the data:

The project was focused on content strategy, therefore I started from gathering all the information that we already have in house about content:

• I had a look at our previous user interview/user test

• I run some online research in order to find papers, research, any data about the topic

Once I had enough data I wrote/stuck/drew them on a whiteboard, it helped me to be able to see the “big picture” (I have already explained this concept in my previous project “user experience research – workshops”, if you haven’t read it yet here the meaning of “big picture”: it is the moment when you see all the data together on a wall, and you start to have that amazing feeling that everything is working out well. I have to say: My favorite moment).

In this project the “big picture” was necessary in order to spot three different types of content: 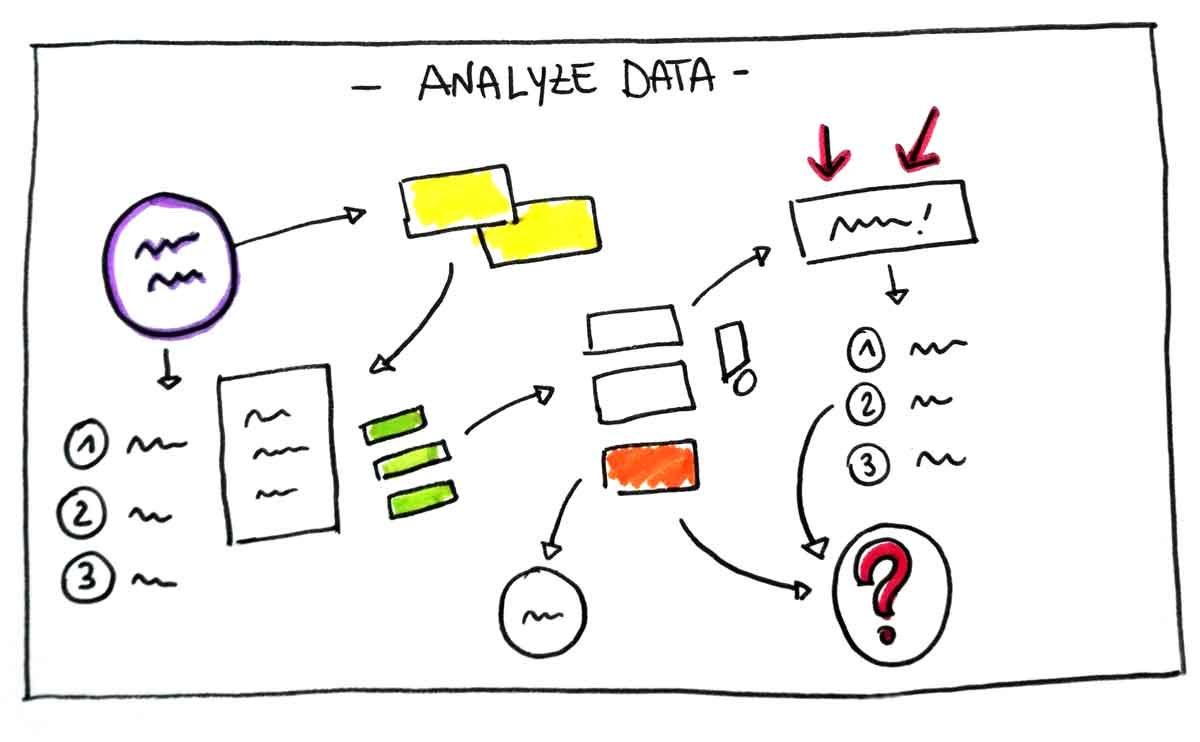 Since the project was about content, a “Card sorting test” was selected as the best method to answer to our research goal.

I must say that find the right method is not always simple, what I normally do is to keep on eye on the main goals and keep on asking “Will I get the right data out of this research? Why?”. The most important thing is to run a test-the-test, which means to set up the test and ask some colleagues of yours to try it, this is because, if it is necessary, you will be able to iterate the process before wasting money on interviewing an interviewee with the wrong instrument, id est gather no useful data. Result? A lot of upset people, this is the kind of situation that a designer should avoid, and we can do it: test-the-test.

3 categories were created to help interviewees during the test:

What the interviewees were asked to do:

To recruit the interviewees I used TestingTime, an online recruiting program, that allow you to select numbers of participants, special criteria and schedule the best time for you.

To create and run the Card sorting test I used OptimalSort, an online program, very intuitive and practical. It allows you to set up an open/closed card sorting test. The best of OptimalSort is at the end of all the sessions it gives you an already analyzed result, with all the data clusterized.

Even though, for my test, I had to analyze a bit further all the data, since during the interview some participants told me that the type of content they used in the past, they would like to find also in the future so that I had to combine those two data.

Before starting the test I asked participants if they wanted to sort all the cards first and then explain to me why, or if they preferred to think aloud while sorting.

To my surprise, half of them went for the first option and the other half went for the second one. Some of them at the beginning decided to think aloud but then while sorting they didn’t speak, in that case, I waited for them to sort all the cards and then I asked open questions.

Another surprising fact was that a lot of people when explaining why the card was in that category, they suddenly changed their minds and moved the card into a different category.

What I have learned is when people are explaining the choices they start to think about them in deep, rationally, and often they change their minds about it. When this happens, people speak aloud, but in reality, they are not talking to you but to themselves. There is a lot of interesting physiological theories to learn from these situations. So intriguing.

That is the reason why I opted for a moderated card sorting test. I run the first three in house and all the others were remote moderated tests. 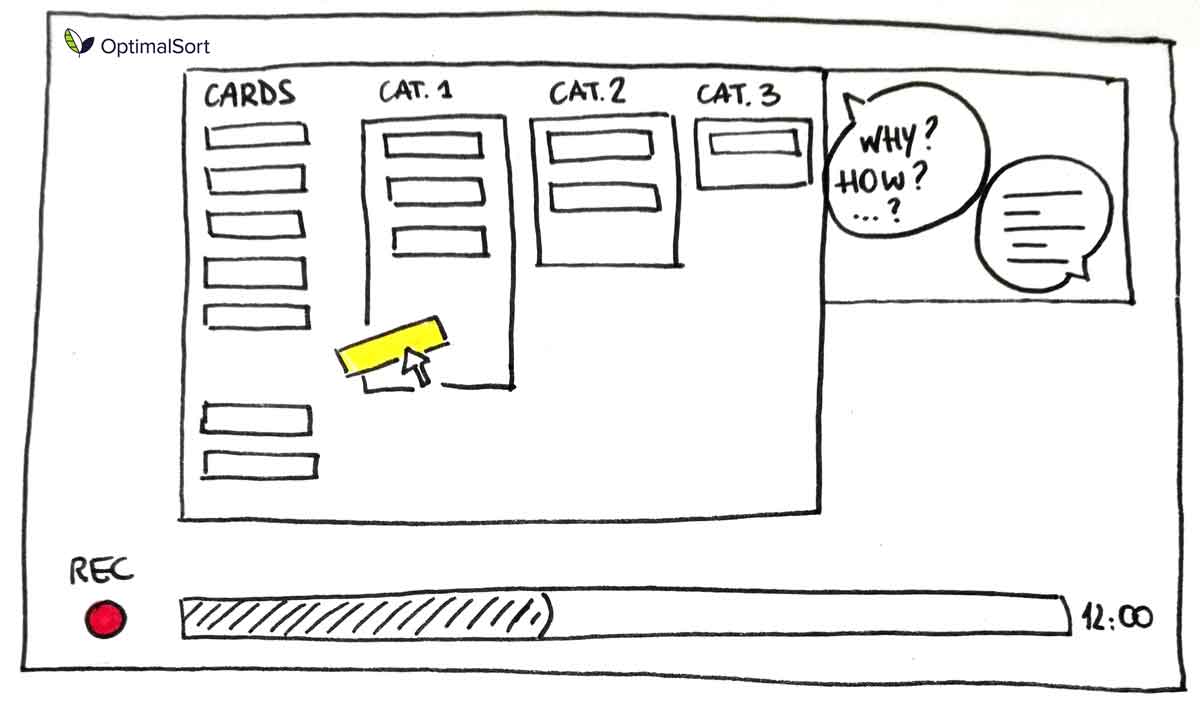 While I was running the test I recorded with Lookback, after each session I was able to write down notes and thoughts.

Once I did all the sessions I used Airtable to groups all the data: for each type of content I associated two or three main reasons why the content was/was not important for people, highlighting why.

From this table, I prioritized all the content, based on what people had told me during the test, I create a decision-making process.

It is a flow map in which you can see all the content steps that people expect to find when they are looking for information.

Then I highlighted the turning points: the content that was absolutely important for users, if the content was not found / or it was not as what people expected, users would search for other information (leaving the app or starting the process from the start).

This meant that we had to pay as much attention as possible when designing these parts. 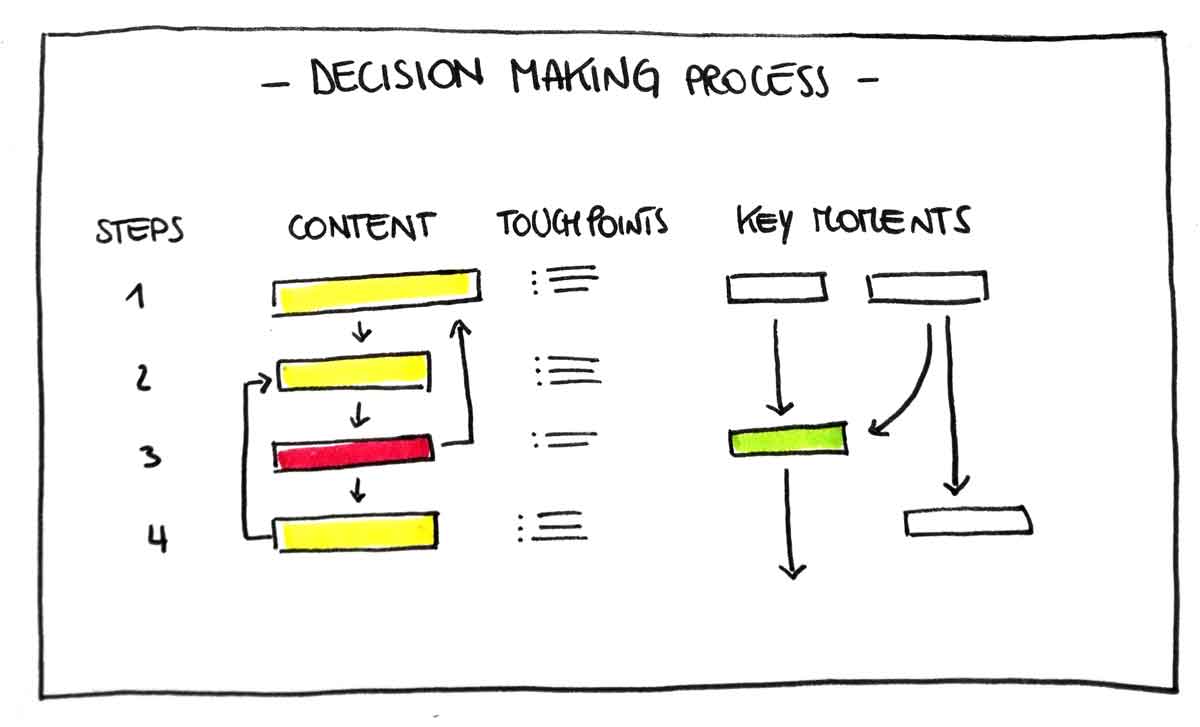 In this flow map, I also added the touch points/instruments that people told me to use in order to find the information wanted.

Consequently, I did a benchmark starting from these”suggested” instruments and looking for additionals similar afterward. This allowed me to discover patterns and to verify how they are used/design in the market.

I must be honest that the new “google trip” app is amazing, I am more than sure that all the UX Google team had spent a long time on the research part, adding all the date that Google owns indeed.

At this time, combining the decision-making process and the benchmark, I was able to draw a user flow and consequently a wireframe, to present to the Product designers and Mobile dev team. 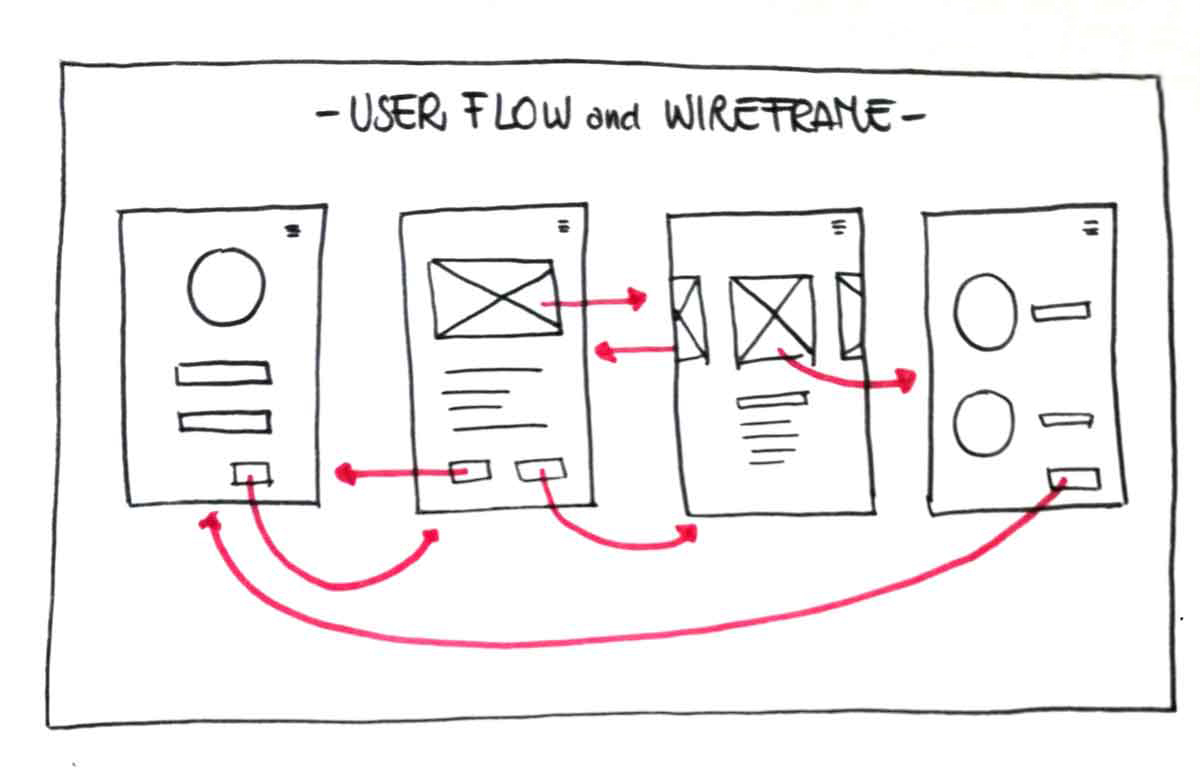 I am very excited since I presented this research project, with a deep focus on the decision-making process, to the Inbound Marketing Team.

What really has made me proud of it was that the decision-making process was printed and hung on the office wall, where it is still now.

I strongly believe the designer’s role is also about to evangelize UX design process in the company and to build bridges through departments!